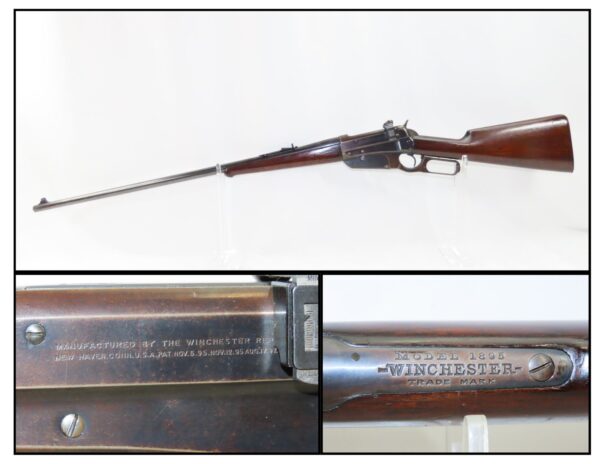 Here we present a C&R Winchester Model 1895 Lever Action Rifle in .30-40 Krag, manufactured in 1907 in New Haven, Connecticut. This one is equipped with a Redfield receiver mounted peep sight.