I get to see and learn new things on a near daily basis in researching antique firearms. As I photographed this diminutive 7-shot .22 revolver yesterday, I realized that it had a unique cylinder scene that was worth spending some time on.

The cylinder scene features four distinct, chaotic and graphic parts: 1) a Native American raising his knife to kill a settler woman, who he has by the hair, but a second woman in a dress is holding a revolver to the warrior’s head about to fire; 2) a male settler in a jacket and a wide-brimmed hat appears to have shot an attacking warrior, who is slumped down on the ground, and is about to fire his revolver into another attacker, who has his tomahawk raised above his head; 3) another male settler has fired his revolver and the rushing brave is sent backwards; and 4) an Indian warrior, with a knife held icepick, and a woman, with a revolver in one hand and a child hiding behind her skirts, stare each other down amidst the chaos.

Cylinder scenes served multiple purposes at this time, not the least of which was aesthetic appeal. Much like our currency, they also made a firearm more difficult to forge. Finally, can you think of any better way to market what a gun’s intended application may be?

A fascinating, if dark and gruesome, peek into mid-19th century America as the West was being settled. 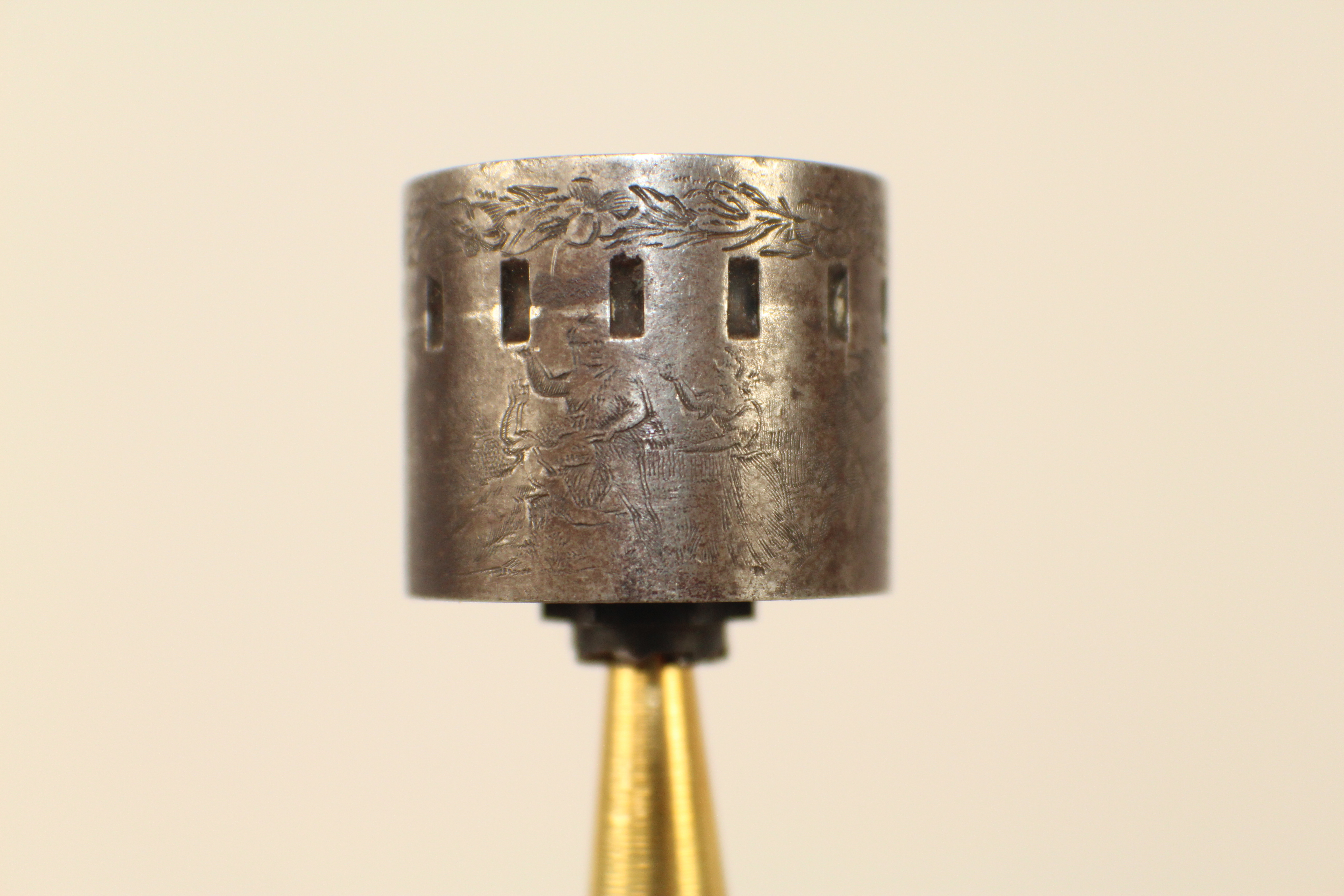 The warrior (center) has a woman by the hair (left), while another woman holds a gun on him from the right 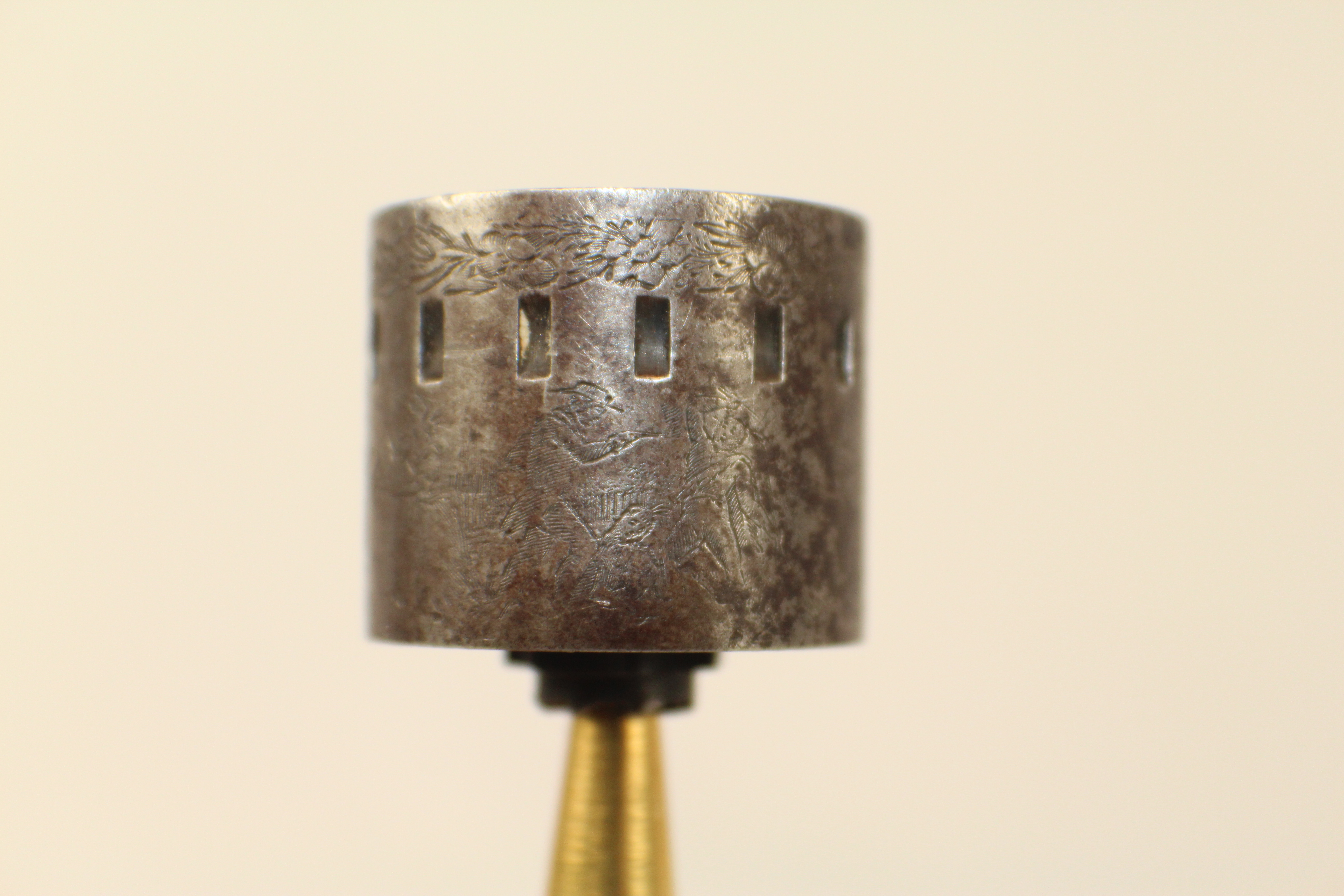 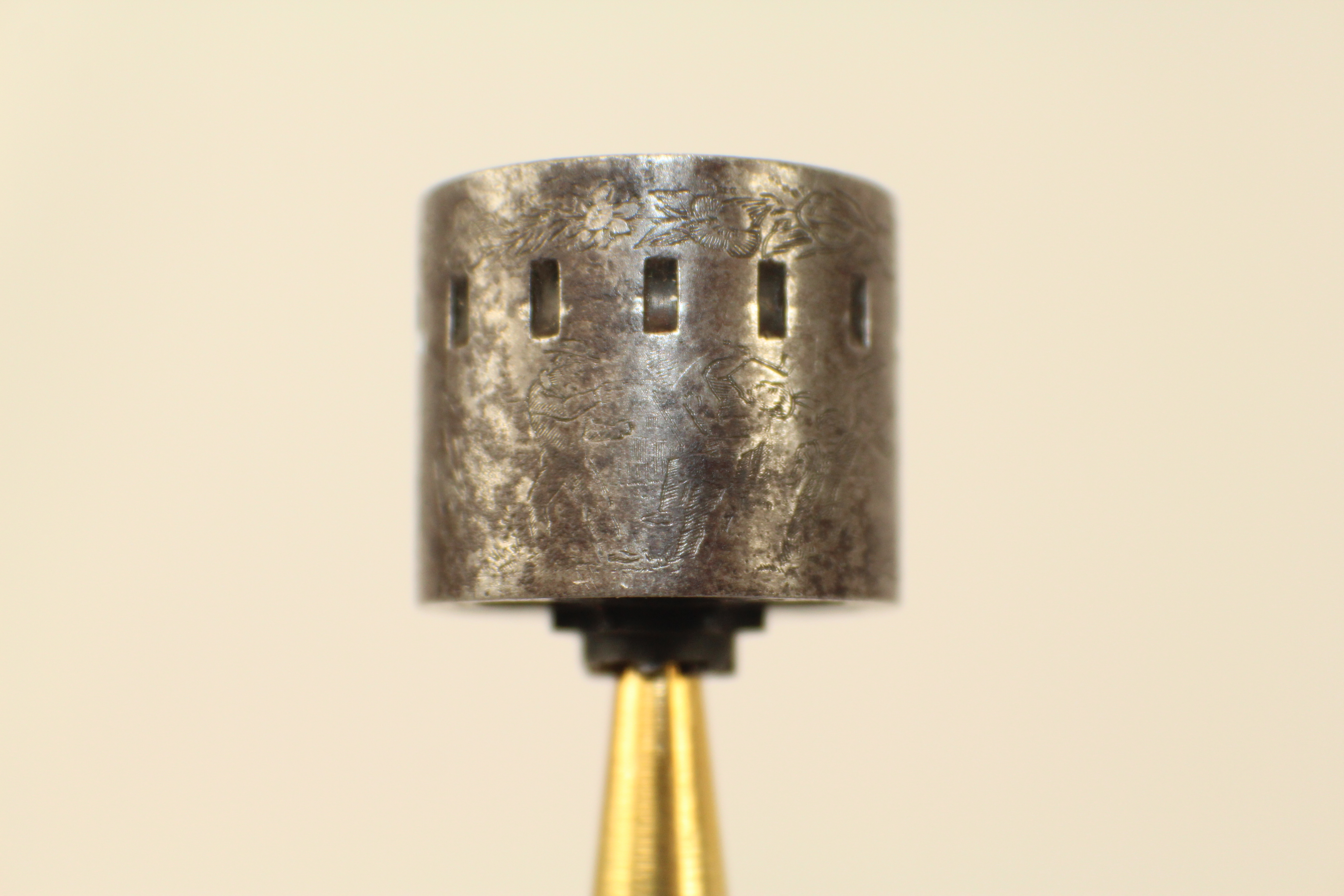 A male settler (right) has shot a charging Native American warrior (left), who is tumbling backwards 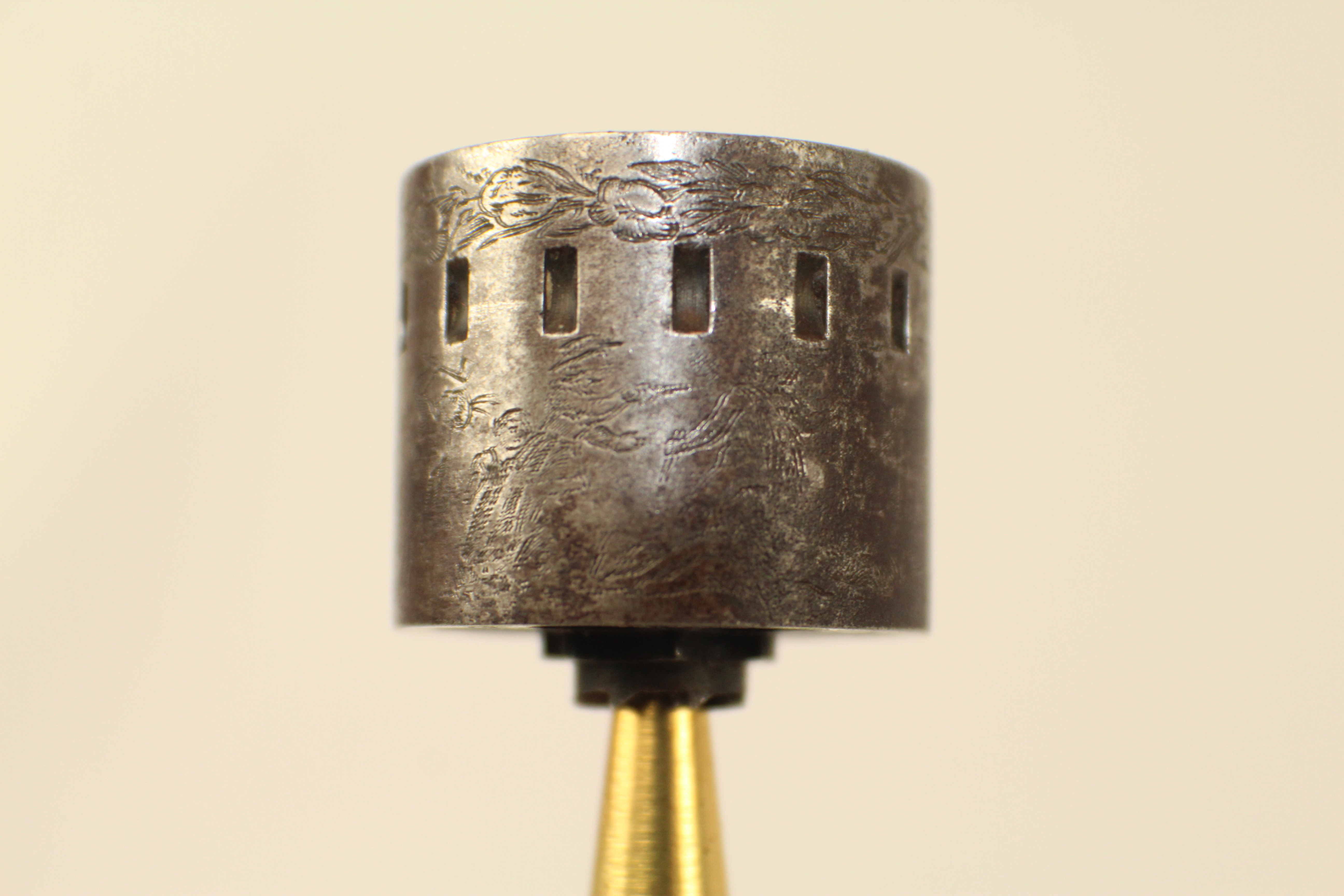 If you like this piece, keep an eye out. I will be listing this in the coming week!

Stay updated with Ancestry Guns to see our latest inventory and enjoy our special promotions!

Remington No. 2 Rolling Block in .32-20 WCF on the Rangeposted by ancestryguns