Practicality rules. Plain and simple. Yesterday, like today, the firearms that most found their way into people’s pockets, holsters, handbags, scabbards, and hands were affordable, reliable, and durable. Think of the Colts, S&Ws, Remingtons, Stevens, and Winchesters of the late-19th Century. There were others, but these firms’ products are the ones that dominated the competition by embodying practicality. Today, names like Glock, Sig, Ruger, and yes, S&W are some of the most recognizable names and products whether on duty, defending ourselves, hunting or having fun on the range. Most of our modern arsenals consist of rifles, pistols, and shotguns with lots of light black plastic and durable treatments to the steel. We choose our weapons today based on many things, but for many, it all comes back round to practicality. How much does it cost, how reliable, how modular, how many rounds does it hold?

Sometimes, it is nice to step back in time and forget what would be most practical today and consider what was practical then. A couple years ago I took a 125-year-old Parker double on a pheasant hunt in Kansas. It was much heavier than the Browning A5 I grew up with and took me on a bit of a learning curve with its side by side barrels and double triggers, but it made that hunt special. This weekend I got the bug and took this Remington No. 2 Rolling Block out to the club to try it out. This little single shot rifle sports an octagonal barrel chambered for .32-20 WCF. It has very nice original case colors on the frame and a nice blue finish on the barrel. It was made circa 1889 in Remington’s original headquarters, Ilion, New York.

To load, simply put the hammer into full-cock, roll the breechblock back, insert your cartridge, and roll the breechblock forward. You are ready to fire. The hammer has a strong half-cock notch for a safe way to carry in the field. Once fired, repeat the process and the extractor will push the spent case out a little for you to take out with your fingers.

This would have been a light, handy, simple game-getter or plinker back at the end of the 19th Century. Recoil was very mild from the .32-20 WCF cartridges I was using. I would describe it as a little more stout than a .22 LR. It grouped just fine at 25 yards, obviously a bit high, but I did not adjust the sights. I can imagine many squirrels, rabbits, raccoons, possums, varmints, and other smaller game being taken with this rifle. It may not have the most ballistically efficient cartridge or the potential for a quick follow-up shot, but it did shoot reliably and remains in great shape 129 years later. Maybe it will hunt again someday. 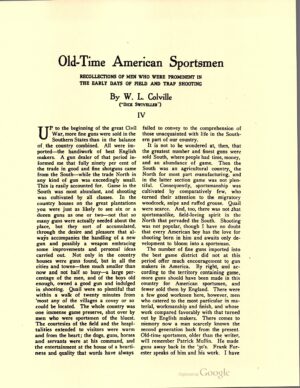 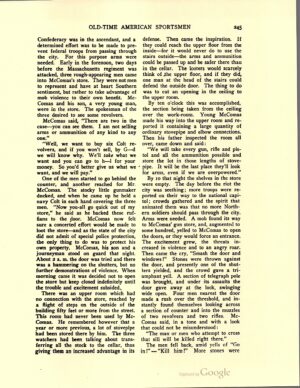 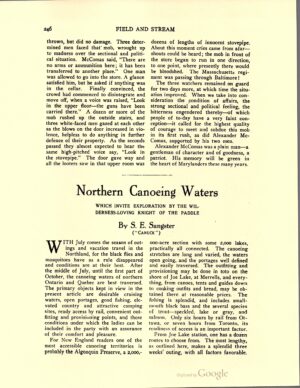