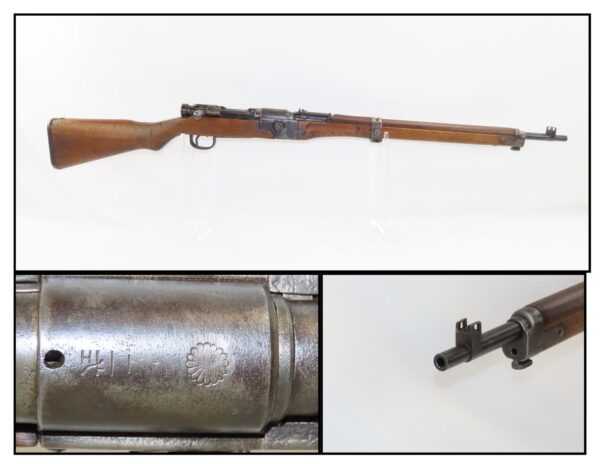 Here we present a Japanese Ariska Nagoya Arsenal Type 2 Takedown Paratrooper Rifle, made circa 1940 for the Japanese airmen. This rifle is a variant of the Type 99 Ariska designed to be carried disassembled by paratroopers when jumping and then reassembled once they hit the ground.

The Type 99 was one of the standard bolt-action combat rifles to be used by the Japanese Empire during World War II. At the start of its production, it proved a reliable and robust rifle. But, the closing noose of the Pacific Theater soon brought about dramatic changes in its production methods, often leading to a subclass weapon. The Type 99 had several variants that included the Short Rifle, Long Rifle, the Type 2, which was an airborne variant (as is this one) and a dedicated sniper model. Production lasted from 1939 into 1945 before ending with Japan’s surrender.

The overall condition is very good. The action is strong. The chrome-lined bore is bright and in very good shape! The stock is solid all around. The numbers on the takedown hardware match up (these should match each other and be different than the original serial number of the rifle), and the serial numbers on the receiver, bayonet lug, bolt body, and extractor match. The mum is still partially present but has been slightly effaced. This is a scarce example of the Japanese paratrooper rifle!