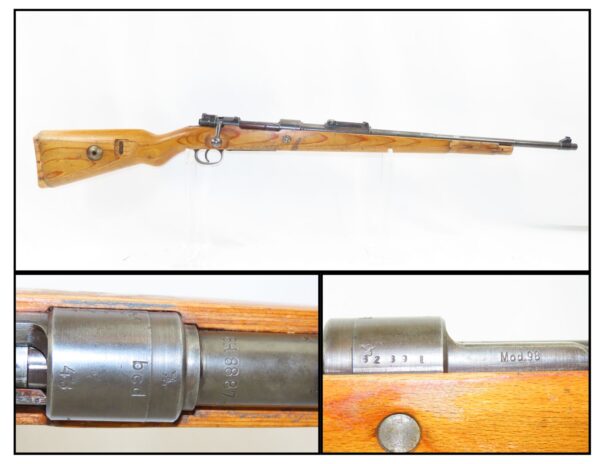 Waffenamt was the German Army Weapons Agency. It was the center for research and development of the Weimar Republic and later the Third Reich for weapons, ammunition and army equipment to the German Reichswehr and then Wehrmacht. It was founded November 8, 1919 as Reichwaffenamt (RWA), and on May 5, 1922 the name was changed to Heereswaffenamt (HWA).

In 1898 the German Army purchased a Mauser design, the Model 98, which incorporated improvements introduced in earlier models. The weapon was originally chambered for the Patrone 88 and officially entered German service as the Gew. 98 on April 5, 1898. This remains by far the most successful of the Mauser designs, helped by the onset of two world wars that demanded vast numbers of rifles.

The overall condition is good. Strong, smooth action. Semi-bright bore that’s in good shape. The stock is solid all around! Missing barrel bands. Numbers on the bolt do not match. Here is a German WWII rifle with a lot of history behind it!