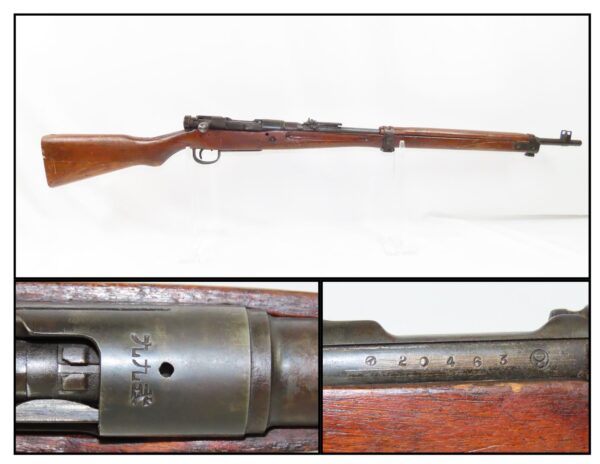 Here we present a C&R Japanese Nagoya Type 99 Arisaka Military Rifle manufactured circa 1943 at the Toriimatsu Arsenal in Nagoya, Japan. The Type 99 was one of the standard bolt-action combat rifles to be used by the Japanese Empire during World War II. At the start of its production, it proved a reliable and robust rifle. But, the closing noose of the Pacific Theater soon brought about dramatic changes in its production methods, often leading to a subclass weapon. The Type 99 had several variants that included the Short Rifle, Long Rifle, the Type 2 airborne variant and a dedicated sniper model. Production lasted from 1939 into 1945 before ending with Japan’s surrender.

The overall condition is good. Strong, smooth action. Bright, chrome-lined bore in fine shape. The stock has been repaired toward the muzzle. This example is missing the butt plate and the mum has been ground. The numbers match.