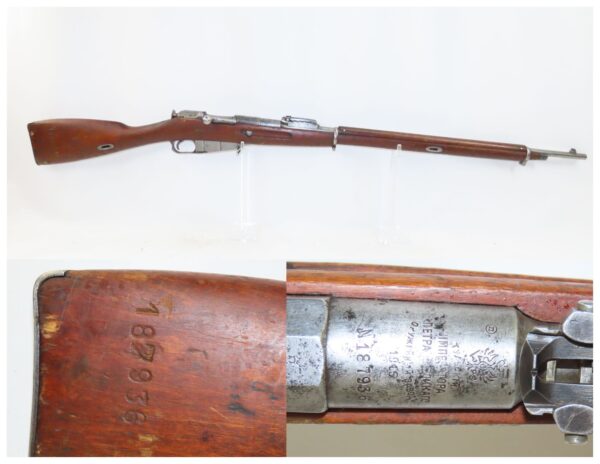 Here we present a C&R Imperial Russia Mosin-Nagant 1891 Rifle, made in 1915 at the Tula Arsenal with a production run between 1891 and 1973. The Imperial Tula Arms Plant was a Russian weapons manufacturer founded by Tsar Peter I of Russia in 1712 in Tula, Tula Oblast as Tula Arsenal. Throughout its history, it has produced weapons for the Russian state. Its name was changed from Tula Arsenal to Tula Arms Plant during the Soviet era.

This example is dated “1915” in the early part of World War I and marked with numerous inspection marks. It is chambered in the 7.62x54R cartridge, with a magazine capacity of 5.

The overall condition is good. Strong action. The bore is semi-bright. Solid stock, contains an expected amount of wear, minor dents, and dings. Numbers on the barrel and receiver match. The cleaning rod is missing.