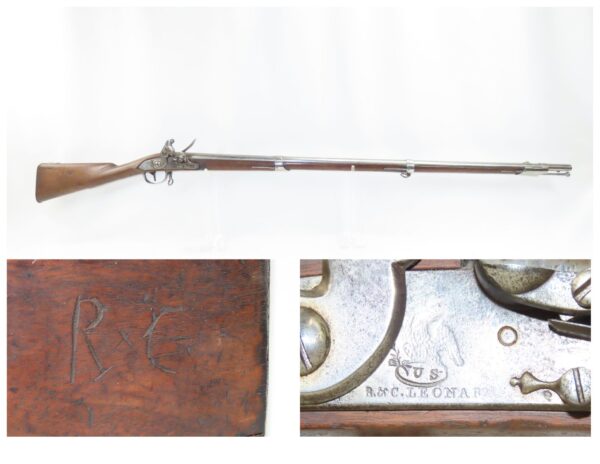 The lock is marked “U.S./R&C LEONARD” below the eagle and “CANTON, MA/1809” located in front of the hammer. The lower sling swivel is mounted on a stud ahead of the trigger guard. Mounted with a full one-piece black walnut stock with the distinctive Harpers Ferry high comb and iron butt plate. Here is a great early American flintlock musket!

The overall condition is good. Strong action (reconverted from percussion). Dim, smooth bore, remains in good shape. Solid stock with and expected amount of wear, with a chip missing to the left of the barrel tang. “RxC” is hand carved into the left buttstock. “1809” dated lock. “V/CW” as a view marking by inspector Charles Williams.