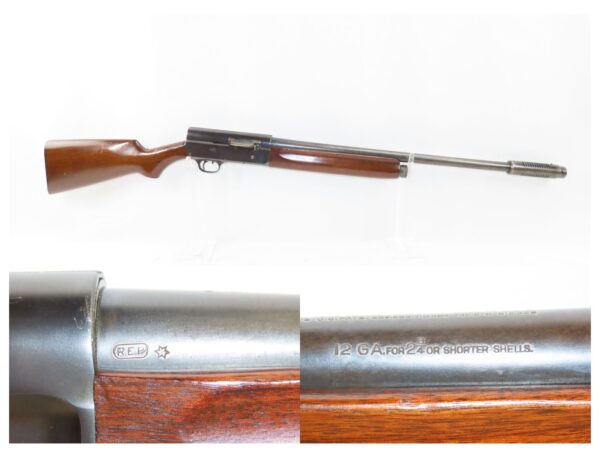 Here we present a U.S. Remington Model 11 Semi-Automatic Shotgun with a Cutt’s Compensator. At its inception, the Model 11 shotgun became the first auto-loading shotgun to be produced in the United States. Roughly 850,000 guns went on to be sold all the way through 1947 with about 65,000 being produced during WWII.

The Model 11 was one of the many shotguns used by American forces during World War II. During the conflict, US war-planners procured all manners of weaponry, and the United States was one of the few nations that went to war with the firepower of the combat shotgun, which included the “Remington Army Model 11” issued to both frontline combat and guardsmen for anti-riot and prisoner guarding duties.

The Cutts compensator was originally developed as a device that reduced recoil (35-46% depending on the load used) in large bore long guns. It later morphed into a device that also allowed for changeable chokes. As it was available before screw in chokes were commonly available this was a significant invention. The Cutts compensator was invented by Colonel Richard Malcolm Cutts, USMC.

The overall condition is fine. Original blue finish. The action is excellent. The bore is shiny bright. The walnut stock is smooth and solid. US inspection and Ordnance flaming bomb marking on the barrel. A rare and desirable Remington US military weapon!