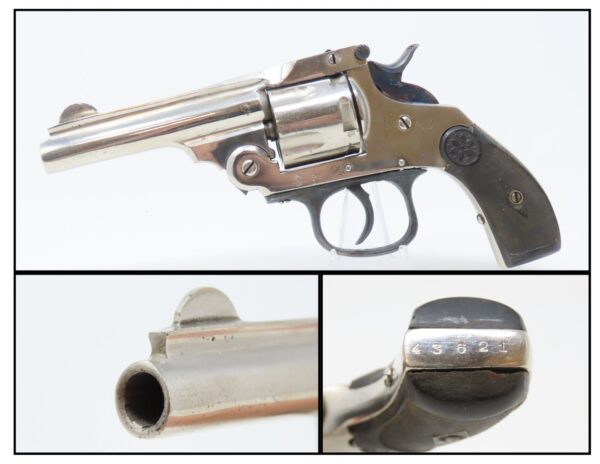 Here we present a C&R Spanish Copy of a Smith & Wesson .38 S&W Double Action Revolver, made circa the 1920s in Spain. Smith & Wesson made five different models of the iconic .38 caliber double action revolver. The Smith & Wesson First Models were produced only in 1880 with a total production of only 4,000 examples. It was similar in appearance to the.32 Caliber1st Model, having a straight cut side-plate, but chambered for .38 S&W cartridge. The Model 2 in .38 S&W was made in five different variants. The initial model run consisted of 4000 revolvers in 1880.