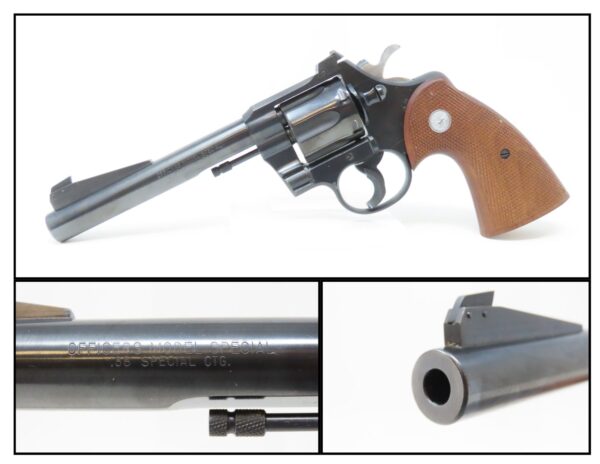 The “Coltmaster” rear sight, according to the Colt Firearms reference book, is entirely different than that on Colt’s preceding and succeeding center-fire target revolvers, the Officers Model Target and Officers Model Match. As mentioned above, the Officer’s Model Special was only in production from 1949 to 1952 and was the only Colt handgun to have the Coltmaster rear sight, except for the Second and Third Model Match Target Woodsman .22 target autos made between 1948 and 1953.

The overall condition is very fine. Original blue has been preserved. The action is strong and tight all the way around. Both grips are in excellent shape with sharp checkering and prancing pony emblems! The bore is bright throughout.