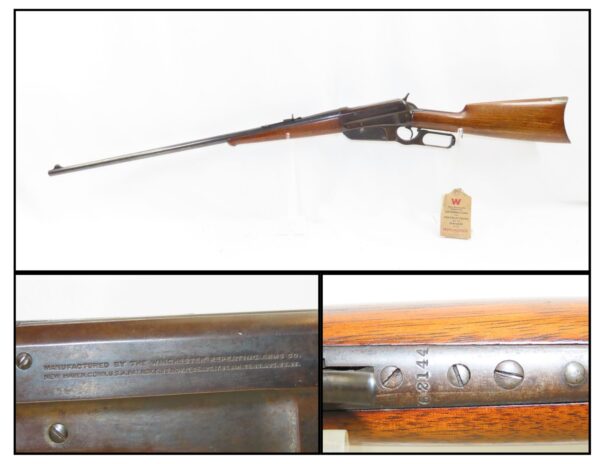 Here we present a C&R Winchester Model 1895 Lever Action Rifle in .303 British, manufactured in 1910 in New Haven, Connecticut. This is a seldom seen chambering for this rifle and very desirable. It is in fine condition and features a 28-inch barrel with a crescent butt plate.

The overall condition is fine. Original finish/patina. Strong, crisp action. Bright bore and sharp rifling. The walnut stock is in fine shape and remains solid with less than average wear. Sharp markings. A wonderfully preserved Winchester 1895 in a very capable and available cartridge!