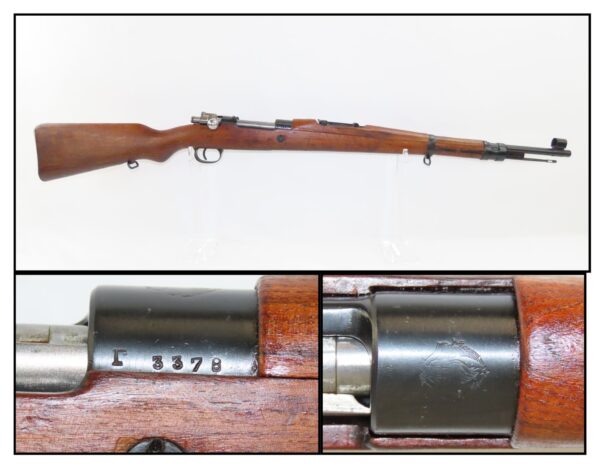 With Yugoslav CREST Stamped onto the Receiver

Here we present a Yugoslavian Mauser Model 24/47 Rifle, made circa 1950. The original Model 1924 rifle was used extensively during World War II. The M24/47 was produced again from 1947 through the early 1950s and used by the Yugoslav military. What we have here is basically a Mauser K98k built in Slavic regions, the M24/47 is a post-World War II update of the earlier Model 24. It is a Mauser 98 knockoff that was manufactured at the Kragujevac Arsenal in the Kingdom of Serbs, Croats, and Slovenes (later Yugoslavia and now Serbia) beginning in 1924.

After World War II, many existing M24s were rebuilt with new 23.4-inch barrels and stocks of walnut, teak, or other available hardwood. Since the project kicked off in 1947, the rebuilds were dubbed M24/47s. A lot of these rifles were churned out of the Kragujevac Arsenal, which is now renamed “Zastava”, continuing into the early ’50s. However, as the newer standard-issue Mauser Model 48 became readily available, most of the reconfigured M24/47 battle rifles saw little use. These were well-made Mauser rifles that remain very desirable today!

The overall condition is nearing fine. The action is strong. The bore is bright all around. This example sports a solid stock and has withstood the test of time quite well. The serial number is also stamped on the right buttstock. The Yugoslavian crest is still on the top of the receiver.