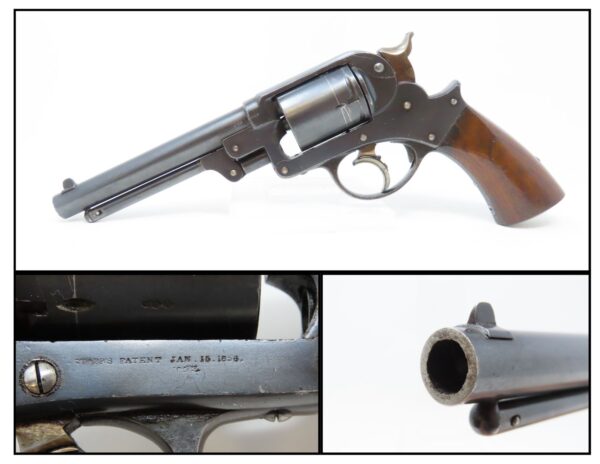 Here we present an antique Starr Patent Model 1858 Double Action Revolver in .45, made circa the 1870s. This revolver was made using the general design of Eben T. Starr of the US. He was responsible for a carbine design as well as two revolver designs, one in double and the other in single action. These were adopted by the Union during the American Civil War (Note on this example, the monogram “JG” on the front frame). Unlike his original revolvers, this one was converted after market from surplus, for centerfire cartridges and sold to Germany. Most examples were converted in Belgium, but some do have German proofs. The .45 Colt chambers nicely.

The overall condition is very good. Bright bore with nice rifling. The grip is in fine shape with less than average wear. The action is functional, though the trigger return spring is weak, necessitating the resetting of the trigger manually. A rare example of a European production Starr Patent revolver!