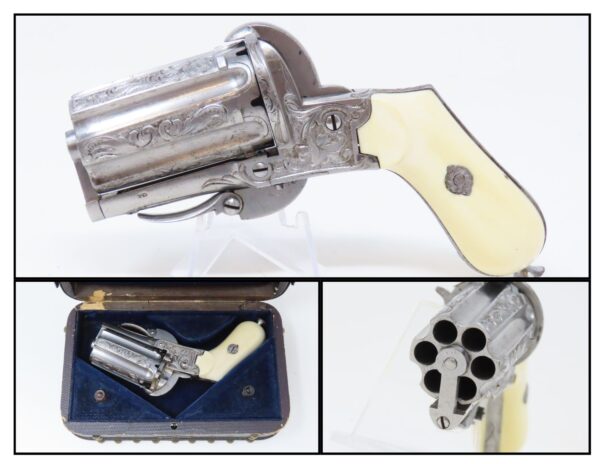 Here we present an antique Meyers Brevete Belgian Pinfire Pepperbox Revolver, made in Belgium circa 1870. Guillaume Joseph Meyers was registered in Liege in the 1860s and 1870s and was granted seven patents between 1866 and 1879.

The overall condition is very good. Fine floral scrollwork on the cylinder and frame. All six bores are mostly bright with a spot of pitting or two. Both ivory grip panels are in fine shape and remain seated firmly. This is a very attractive European pepperbox revolver in a fitted case!