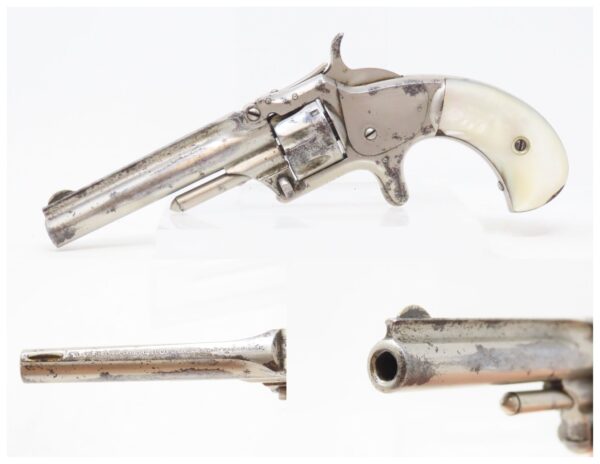 The overall condition is fine. Original finish. Strong action. Bright bore. Legible markings. Both grips are in good shape, with the left side missing a small chip from the butt. A hand marked collectors number is present on the bottom of the frame.