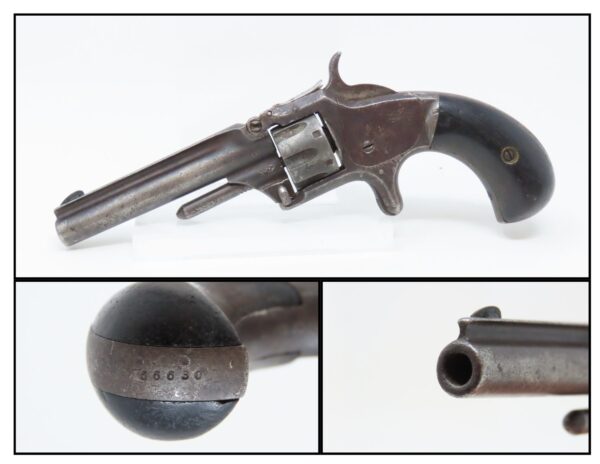 The overall condition is fair. Action does not function, as the hammer will not stay cocked. Dim bore with various spots of pitting. Both grips are in good shape with an expected amount of handling wear from use. Here is a nifty little self defense pistol that would have served its user well.