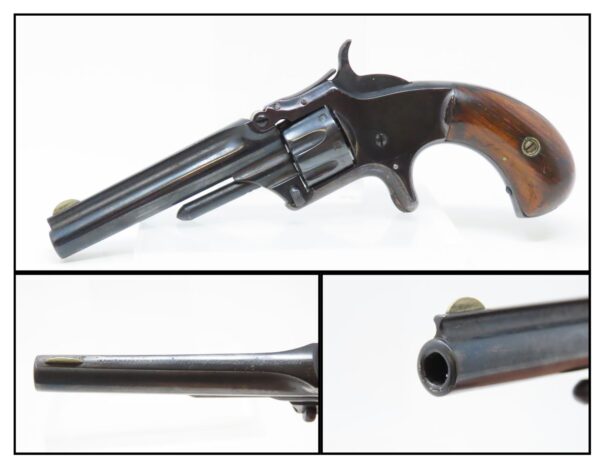 The overall condition is good. The hammer and trigger function, although the cylinder freewheels and does not index. Good, dark bore. Very good grips with a smooth finish and well-defined grain.