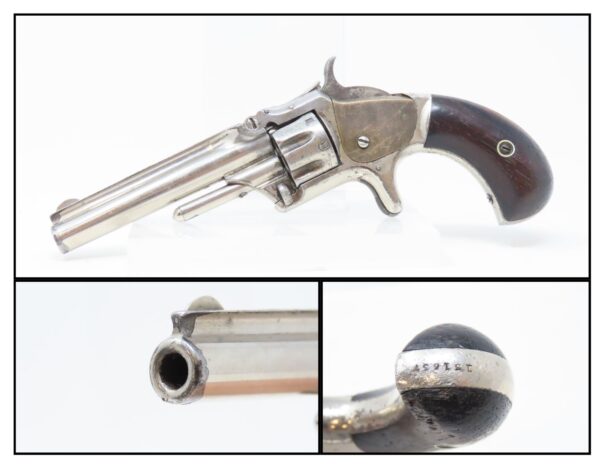 The overall condition is good. The action functions, with the cylinder freewheeling. Mostly bright bore with slight frosting. Solid, firm grips, but do have much handling wear.