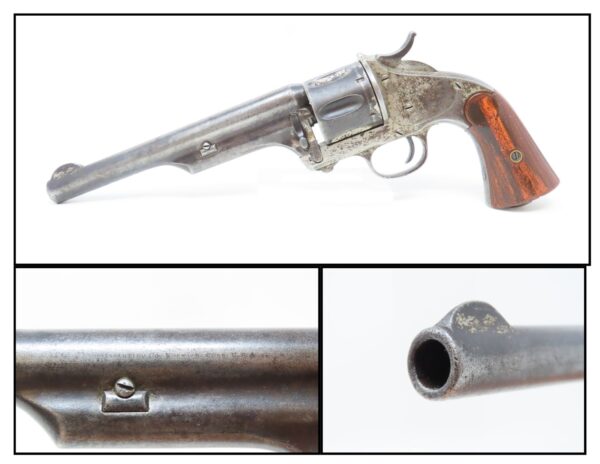 Among the Best in the West!

Here we present an antique Merwin, Hulbert & Co. Large Frame “Open Top” Army Single Action Revolver, made circa 1876-1878 in Norwich, Connecticut. These revolvers are considered today to be some of the best made of the late 19th Century and the Wild West, even better to some than similar Colts and Smith & Wessons, though we all know who stood the test of time. These revolvers certainly tended to have different, very well-thought features than their competition, and they were extremely well-made.

According to “Flayderman’s Guide to Antique American Firearms” only a “few thousand” of these revolvers were produced in six different models in the period 1876-1880. Merwin & Hulbert were dealers & distributors who were not manufacturers. They promoted a diversified line of merchandise which they had manufactured by various companies with Hopkins & Allen being the actual manufacturers of these revolvers.

The overall condition is very good. Original nickel remains in swathes with a dark patina throughout the rest of the steel. The action is excellent. The cylinder arbor still fits tight and there is good seal/suction. The bore is in nice shape with strong rifling. Brindle grips are firm with expected handling wear. This is a really nice Merwin Hulbert Open Top Revolver in .44 for the Old West collection!