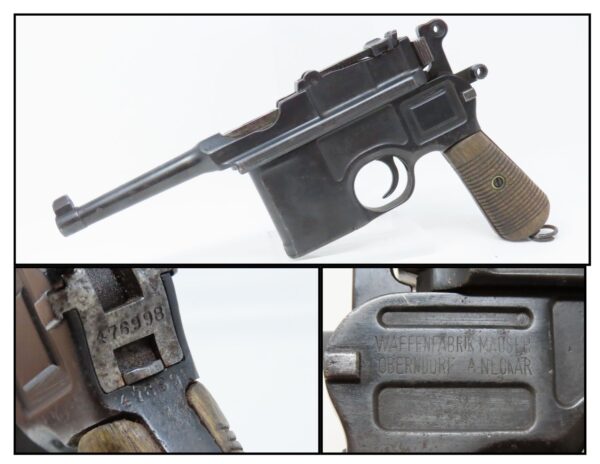 M1921 Made Famous by the Bolsheviks

Here we present a Mauser C-96 ‘Bolo” Broomhandle Pistol, made circa 1923-1930. The Mauser Construktion 96 was the Mauser Company’s most successful pistol and was even used by the likes of Winston Churchill during the Boer Wars. He is attributed as saying that it was “the best thing in the world”.

This variant has a shorter barrel and is also known as the M1921 or the “Bolo”, the latter due to its association with the Bolsheviks and the Red Army after the Bolshevik Revolution. “Bolo” was a derogatory term for those who identified as Bolsheviks. The victorious communists purchased many of these pistols and likely scavenged them from their defeated enemies, the Whites, who also bought them in large quantities. These were certainly popular in other parts of the world as well and were heavily adopted by many in the post-WWI German Freikorps, who fought against communists in the Balkans.

This overall condition is good. The action is robust. The bore is in good shape. Both grips are firm with expected handling wear. Here is a historically significant firearm that was thoroughly embroiled in the various uprisings of communism in the early 20th century!