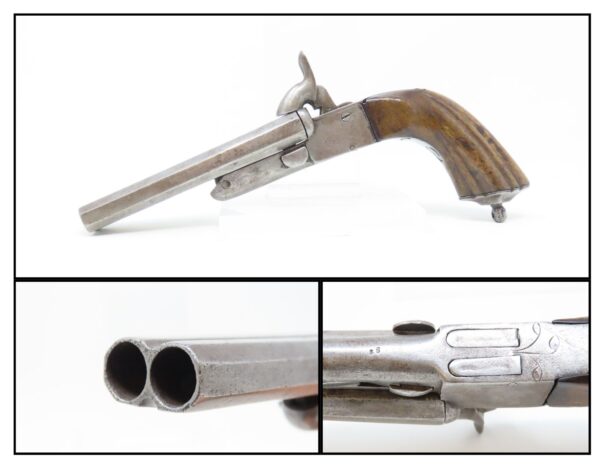 Here we present an antique Double Barrel Pinfire Pistol, made circa the late-19th Century in Europe. This pistol was made for self-defense for the 19th Century citizen. Its twin barrels are chambered for the 11mm Pinfire cartridge, one of the first self-contained metallic cartridges, and certainly the most initially successful from the 1830s. The barrels hinge down with a press of the lever under the trigger guard.

The overall condition is good. The action is strong. The left trigger must be manually returned due to a weak spring. Both bores are in good shape remaining mostly bright with spots of pitting. Fluted grip in good shape and with an expected amount of wear.