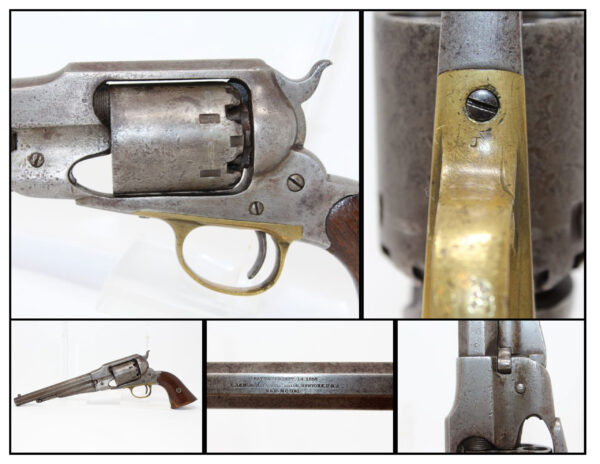 Made and Issued Circa the Late-1860s

Here we present an antique Remington New Model Army Revolver, made circa the Late-1860s in Ilion, New York. The Remington revolvers enjoyed great success during the American Civil War, claiming the second place title for number of guns in soldiers’ hands in the field, only bested by Colt. The Remington was rugged and reliable with a fully enclosed frame which would be adopted as a mainstay feature on modern revolvers. These went on to see action all over the United States and its territories during the Indian Wars.

This one bears single letter government inspection markings throughout.

The overall condition is good. The iron parts have a gray patina. The markings are clear. The numbers match. The walnut grips show much use and remain solid. The left toe has a chip at the toe which has been filled. The bore is in good shape, dark with strong rifling. The action is strong.