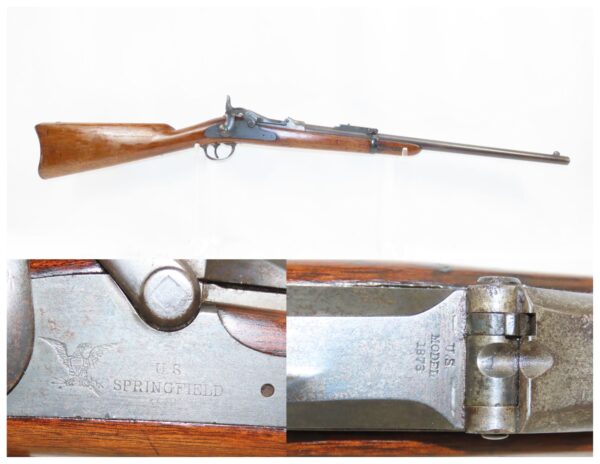 The overall condition is very good. Original blue finish and case colors/patina. Excellent action. The bore is in good shape for its age. This example sports a solid stock with faint but visible inspection markings. A “circle/P” is stamped on the buttstock and a partial cartouche on the left stock flat. “1876” marked on the trap door.