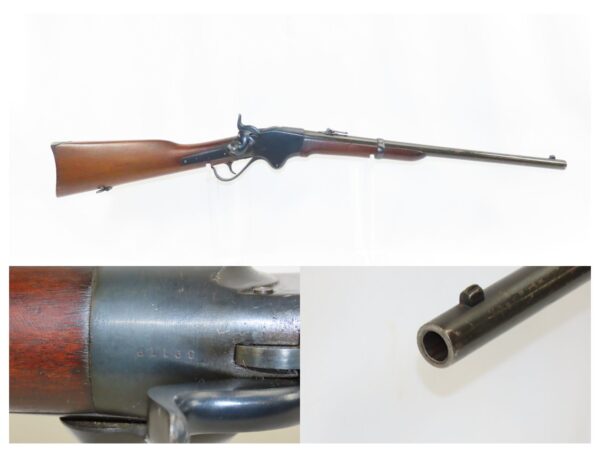 The overall condition is good. Refinished. Strong action. Bright, nicely rifled bore. This example sports a solid stock with an “X” stamp on the bottom behind the trigger tang.