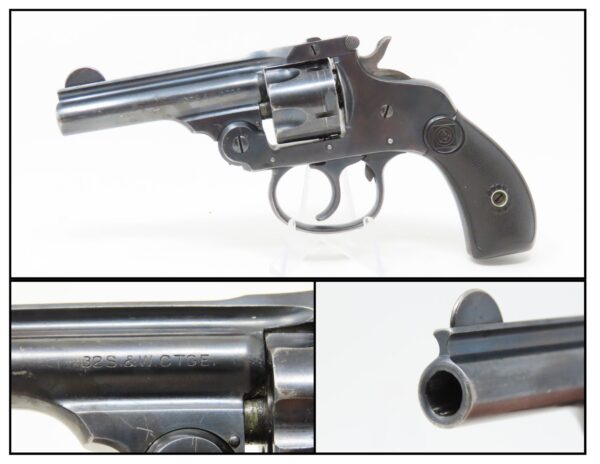 Here we present a Harrington & Richardson Top Break Double Action Revolver chambered in .32 S&W made in Worcester, Massachusetts circa the early 1900s. In 1875 Gilbert Harrington and former Frank Wesson employee, William Augustus Richardson, formed the new Harrington & Richardson Company. In 1888 the firm was incorporated as The Harrington & Richardson Arms Company. Their original capital investment was $75,000. Harrington was president, Richardson was treasurer, and George F. Brooks was secretary. This 5-shot revolver would have been ideal to keep in a pocket or a small holster for self-defense in the turbulent early 20th Century. It was also referred to as a “Bicycle Gun”, because they were commonly used, being small and compact, to fend off unwanted dogs while being chased riding their bicycles!

The overall condition is excellent! Nice blue finish. The bore is bright throughout. The action is strong and tight all the way around. Solid grips, solid frame, here is a fantastic piece to collect and display!