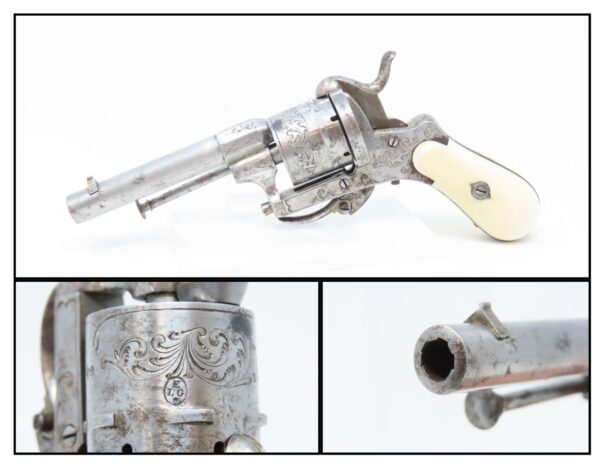 This one features a folding trigger with neat engraving throughout. The old ivory grips make this one stand out.

The overall condition is good. The action functions, but the trigger return spring is a bit weak. Solid grips in good shape. Light engravings on the frame and cylinder remain sharp. Semi bright bore with spots of pitting. Liege proof mark on the cylinder. Here is a handsome pinfire revolver that will fit into any firearm collection.