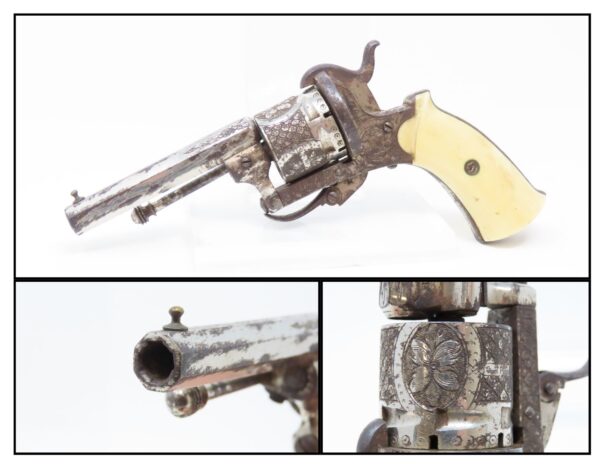 The overall condition is good. Strong action. The bore is good. Both grips are firm with minimal handling wear. Engravings on the frame and cylinder remain deep. Here is a neat pinfire to ad to the collection.