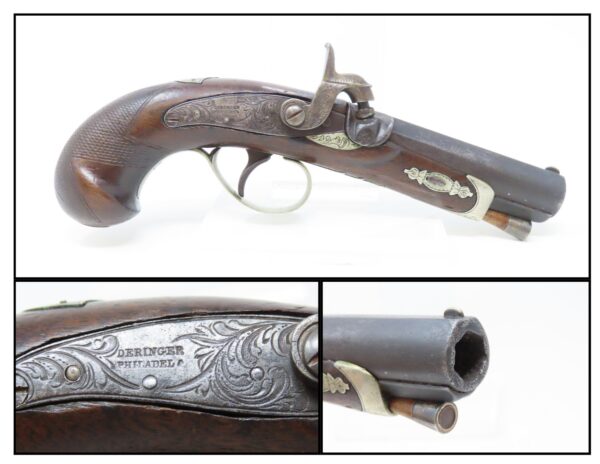 The overall condition is very good. Strong action. Good bore. The stock is solid with expected wear and smooth checkering. Sharp engravings throughout. The German silver grip escutcheon is hand inscribed with “B. Little”. Here is a wonderfully unique piece of American history!