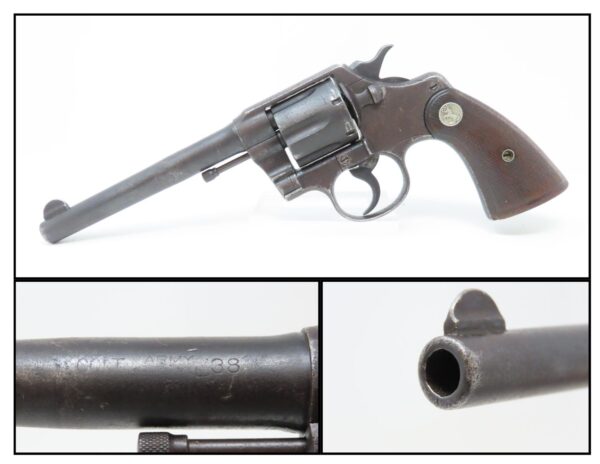 Pre-WWI Revolver Used by Police and the US Military!

Here we present a C&R Colt Army Special Double Action Revolver, made in 1912 in Hartford, Connecticut. As the 20th Century began, the older .32 caliber revolvers which had been standard-issue for most of America’s police departments began to be phased out in favor of the larger-bore .38 caliber.

In 1908, Colt introduced a sleek and modernized revolver they dubbed the Army Special. The revolver was renamed “Colt’s Official Police” in 1927 in order to better market to law enforcement agencies. It became one of the best-selling police firearms of all time, eventually in the 1950s coming to exemplify typical law enforcement officer weaponry. The Official Police was also used by various U.S. and allied military forces during World War II.

This revolver has been there and back. “ODIN ALEX VA” is marked on the butt as an import designation. Odin imported guns to the US from about the 60s through the 80s before they went out of business. Apparently, many of these guns came out of Mexico after the Mexican gun ban/confiscation went on in the 1970s. This revolver has a strong action, but the exterior is well worn and the barrel has a bulge. The bulge doesn’t seem to have stopped it from being continually used and it looks like it was. An interesting old Colt from 1912 that makes you wonder where is has been and what it has done.