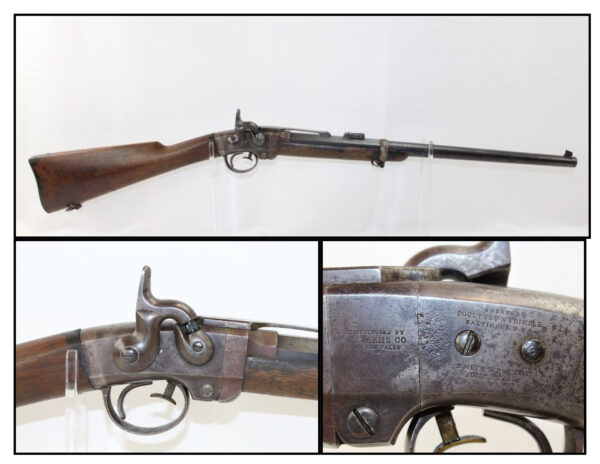 The over condition is very good plus. The blue finish on the barrel is 75% with a little mottling. The markings are clear. The walnut stock is a bit oil stained but solid with clear “JM” inspector cartouches. The bore is clean and bright with sharp rifling. The action is excellent.