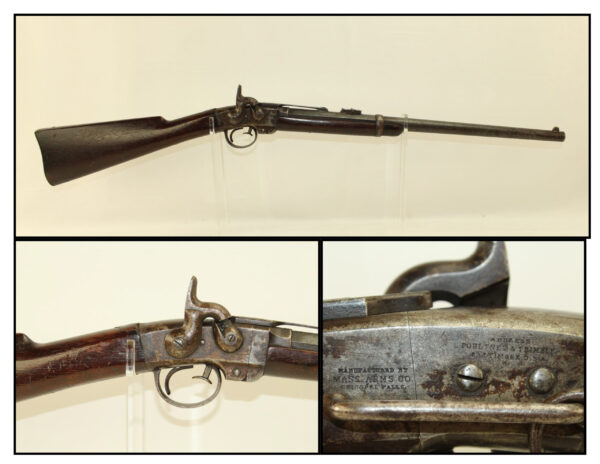 The overall condition is good. 50% of the original blue finish remains on the barrel, turning dark with age. The markings are clear. The walnut stock is dark and displays two good cartouches on the left side. There is some minor chipping that has been repaired at the top where it meets the frame. The bore is in very good condition. The action is excellent.