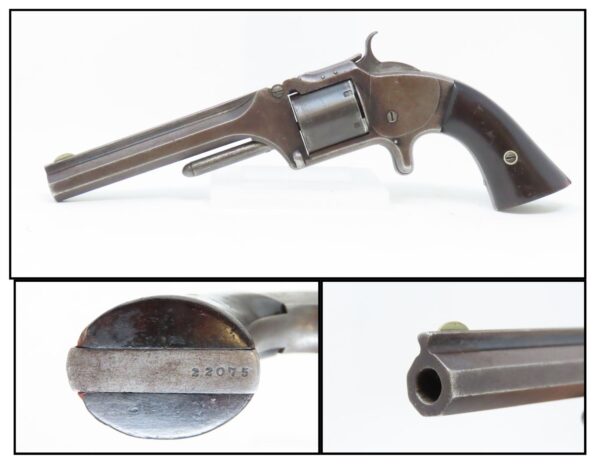 Made During the Civil War Era Circa 1864

The overall condition is very good. Original blue finish turning plum with age. The action is strong and tight. The bore is in good condition. Both grips are solid rosewood with a sliver of filler along the rear of the right panel and the heel of the left panel. One of the first Smith & Wesson revolvers ever made, and just in time for the American Civil War!