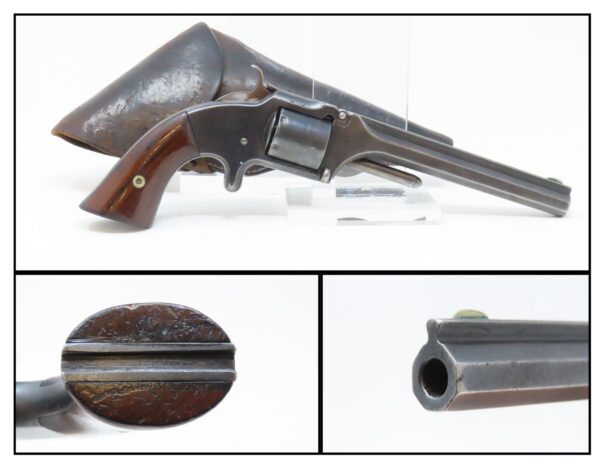 CIVIL WAR Era Antique SMITH & WESSON No. 2 “OLD ARMY” .32 Caliber Revolver Made During the Civil War Era Circa 1864 with HOLSTER

Made During the Civil War Era Circa 1864 with HOLSTER

This one is especially interesting for its slotted grip frame, which was customized to accept a (probably wire) stock in order to give more stability to the user. It also comes in a wonderful black leather field flap belt holster. This is a very neat set!

The overall condition is very good. Strong action. Good bore. Nice rosewood grips with only average wear. This example wears an old refinish. The holster is in near fine condition.