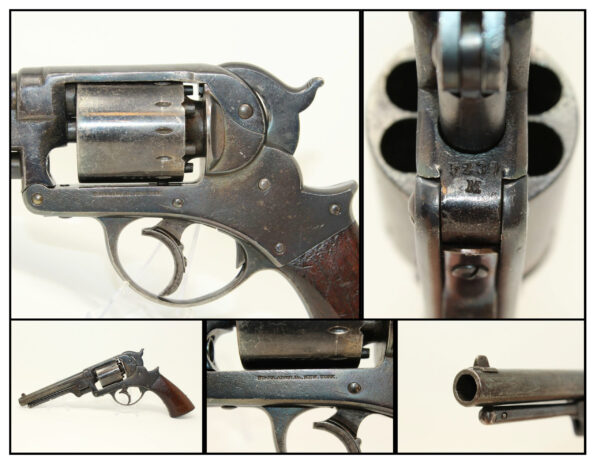 The overall condition is very good. An old blue finish remains. The markings are clear. The numbers match. The walnut grips are in good shape. The bore features strong rifling. The action is excellent.