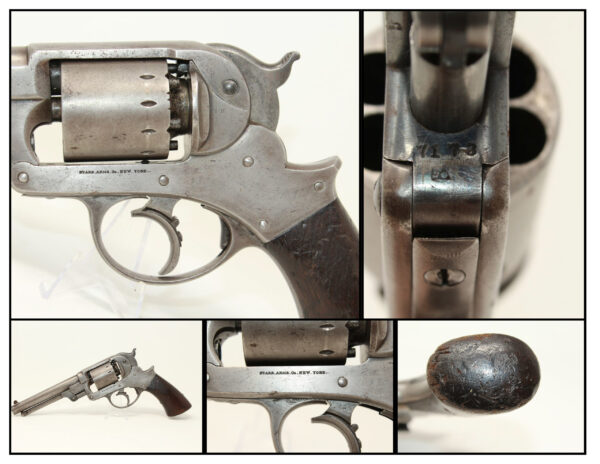 The overall condition is very good. The steel has a gray patina. The markings are clear. The numbers match. The walnut grip still shows two good cartouches, one on either side. The bore is shiny bright with sharp rifling. The action is strong.