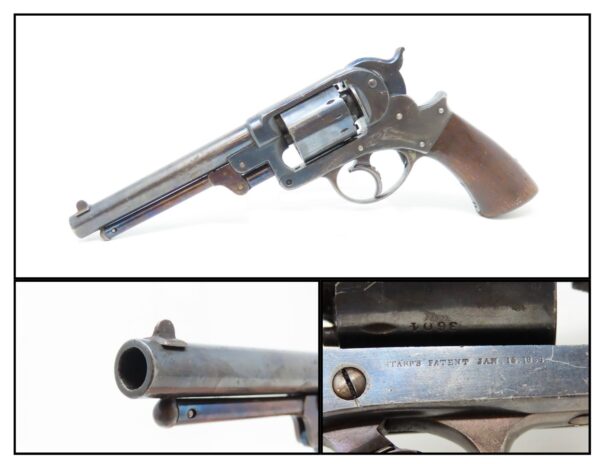 The overall condition is fine. Very nice blued finish looks like a very nice 20th Century refnish. Strong action! Bright bore. The grip is firm with a cartouche on the left side for A.D. King and “GWF” is hand carved on the right side. Numbers match. Here is a superior example of a Starr Revolver from the American Civil War.