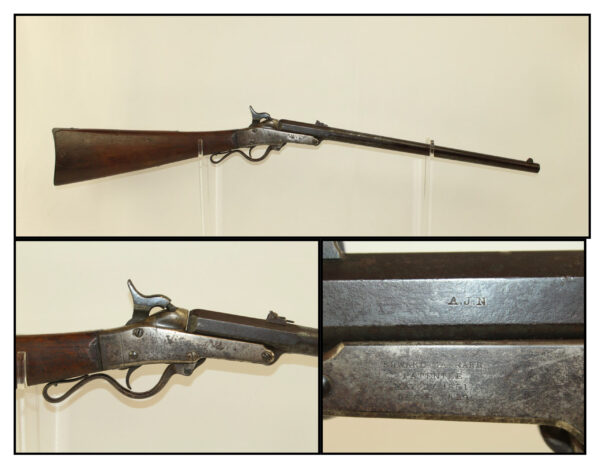 Issued to IN & TN Cavalries!

This example represents a fairly early production of the second model and used by various Union cavalry. Known significant issue and use occurred in the 9th & 11th Indiana, as well as the 11th Tennessee. It was generally well-liked, owing to its light weight, handling and simplicity. The lever simply tips the barrel down so that the breech is exposed for loading and unloading. Compared to a percussion muzzle-loader, it was much faster to put fire down range.

The overall condition is very good. 15% of the blue finish remains with a dark patina. Strong traces of case colors are visible. The markings are clear. The walnut stock has a number “2” stamped into the left side, some unit or rack marking. There are a few non-threatening hairline cracks along the grain. The bore is sharp and bright. The action is excellent. Here is a great example of the venerable Maynard carbine which served so well many state militia units!