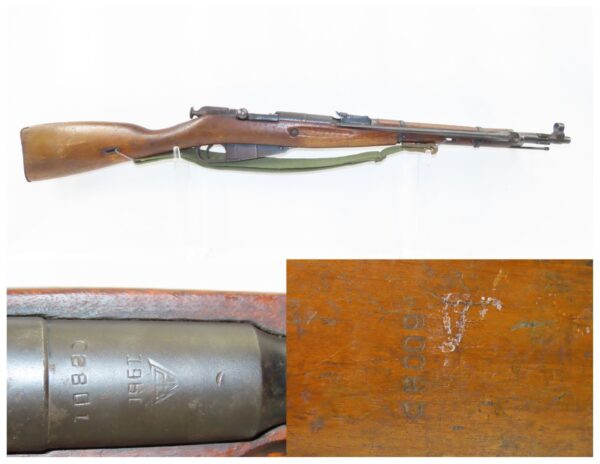 Here we present a C&R Chinese Type 53 Mosin-Nagant Bolt Action Infantry Carbine, made circa 1961 in China and is equipped with a collapsible Spike Bayonet. China’s 7.62x54R Type 53 Carbine has served faithfully for almost 3/4 of a century in a variety of hot spots around the world. This rifle has quite a unique history. A license-built version of the Soviet M1944 Mosin-Nagant carbine for the People’s Liberation Army (PLA), it only saw Chinese service for a few years as it had already been superseded by the SKS and AK-47 when it was introduced. By the time it entered service in 1953, the Korean War was over, so it probably saw little, if any, combat with the PLA. For the next 20 years, the Type 53 was used to arm the Chinese People’s Militia, eventually being replaced in 1982. It was in the hands of Chinese surrogates, especially the North Vietnamese Army (NVA) or Viet Cong, that the Type 53 saw most of its combat. Type 53s have turned up in the hands of other insurgents as well, especially in Africa and Latin America.

As is often the case with Chinese-produced weapons, there are questions about the Type 53. For example, finding the exact years of production or the numbers produced is pretty sketchy. Some collectors and arms historians toss around the years 1960 or 1961 as when production ceased. Captured rifles from Vietnam are known that were produced in 1961, but it is possible that some rifles were produced after that year.