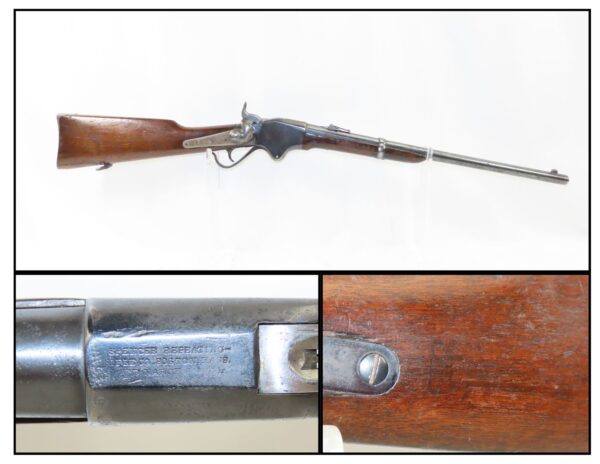 The overall condition is good. Re-finished metal surfaces. Strong action. This one has been converted to centerfire breechblock. Reflective and bright bore with sharp rifling. This example sports a solid stock with an expected amount of wear. There is a weather related split above the toe and an old graft just below that. Faint remnant of a cartouche on the left side near the sling ring bar. “94” stamped on the right side of the receiver.