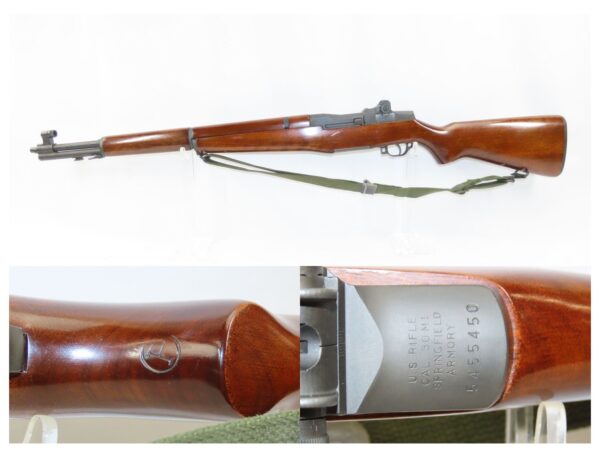 Here we present a C&R Springfield U.S. M1 Garand Rifle, manufactured in 1954 at Springfield Armory in Springfield, Massachusetts. This .30-06 caliber semi-automatic rifle was that standard U.S. service rifle during World War II and the Korean War and also saw service during the Vietnam War. Most were issued to U.S. forces, though some were also provided as foreign aid to American allies. To say that it was and is highly regarded would be an understatement. In the words of General Patton, “In my opinion, the M1 rifle is the greatest battle implement ever devised.”

The overall condition is very good. Robust action. Bright, rifled bore with lots of life left in it. Excellent stock. This example has been nicely refinished. Solid stock with little to no wear and a “circle/P” on the pistol grip. The canvas sling is in good shape. The barrel is marked “SA 11 54”. This one has been set up for target and competitive shooting with a globe front sight.