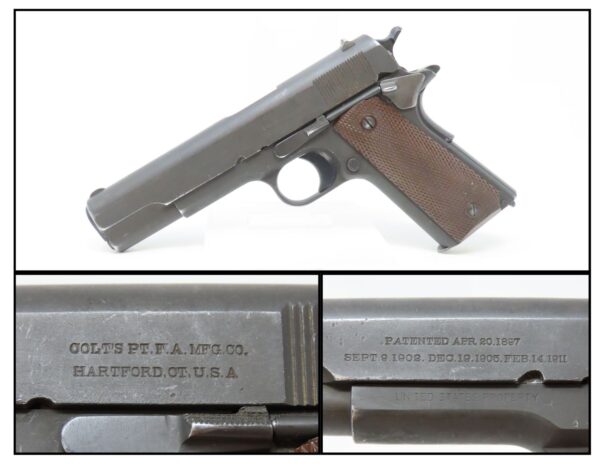 The overall condition is near fine. Nearly complete Parkerized finish with wear along the edges. Comes with one Parkerized magazine. The action is excellent. The bore is bright with sharp rifling. The right grip is the original wooden grip while the left has been replaced with the hard plastic.