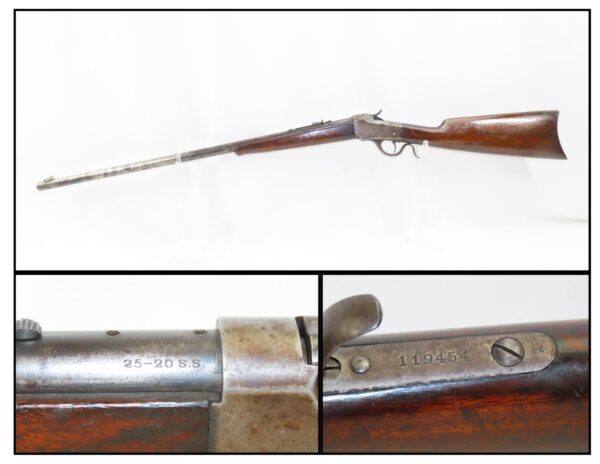 Here we present a C&R Winchester Model 1885 Low Wall Rifle, chambered in .25-20 S.S., made in 1917 in New Haven, Connecticut. The Model 1885 Single Shot rifle was famed gun designer John M. Browning’s first design and patent, and it was the first single shot to be built by Winchester. The patent for the Model 1885 rifle was what brought Browning and the Winchester Repeating Arms Company together for the beginning of their eventual 19-year association. Nearly 140,000 Model 1885s (both Low Walls and High Walls) were manufactured from September 1885 to June of 1920.

The overall condition is very good. Strong action with a crisp trigger. This example’s bore is reflective with strong rifling. The walnut stock is solid with an expected amount of wear. Drilled and tapped atop the barrel near the frame. A nice target or varmint rifle from Winchester circa 1917!