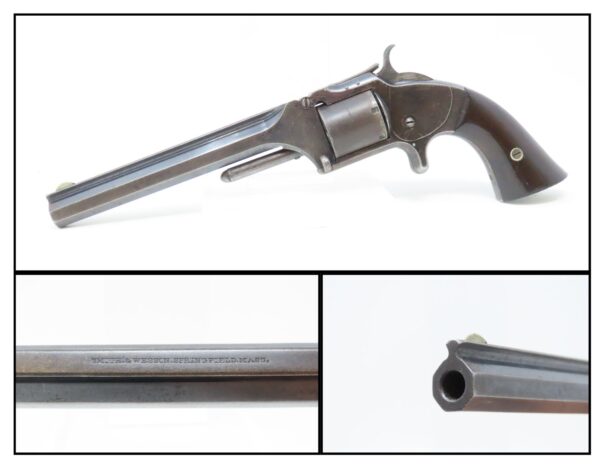 The overall condition is nearing fine. Much original blue has been preserved. Strong, tight action. Bright bore with solid rifling. Firm rosewood grips with below average wear. One of the first Smith & Wesson revolvers ever made, and just in time for the American Civil War!