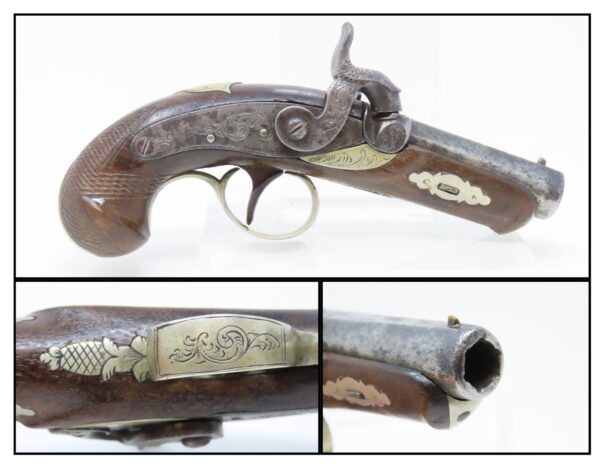 Here we present an antique Period Copy of a Henry Deringer Percussion Pistol, made circa the 1850s. This single shot pistol would have fired a .41 caliber ball and was intended for self-defense. One could easily carry several on their person in pockets or a purse. It is quite the attractive pistol, with its German silver accents and engraved hardware.

The overall condition is good. Strong action. Good bore. Sharp floral engravings throughout this example. The stock is solid. This is a handsome piece of Americana!