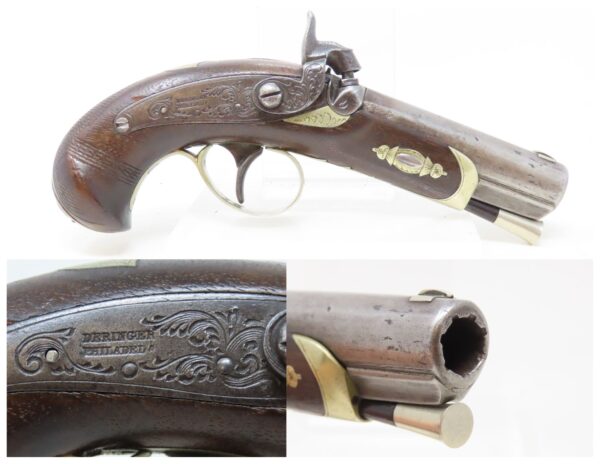 This one includes a ramrod of its own as well as a percussion cap trap in the pommel of the grip. Initials “RMD” have been inscribed on the wrist placard.

The overall condition is very good. Excellent action. The bore is in nice shape for its age with strong rifling. Light handling wear remains on the stock. Legible markings.