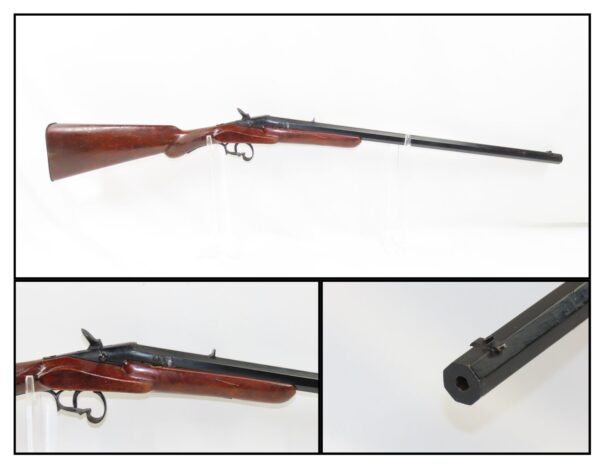 Here we present a Belgium made Flobert Style Gallery Rifle, made circa 1893 to the early 20th century in Liege, Belgium. Belgium has been a center of gun-making for a very long time and so there have been a large number of gun makers, many with patents registered in Belgium and Britain. One of the lesser known of the Belgian gun makers was Jean Warnant. Though this gun is unmarked, this is the style of Flobert Rifle he was known to have made.

Gallery rifles were very popular in the late 19th and early 20th centuries. These would be set up in drinking establishments, at carnivals and even in people’s houses. Most floberts used ammunition that only used the primer as the propellant. These were very low velocity firearms and cartridges, making them relatively safe and quiet.