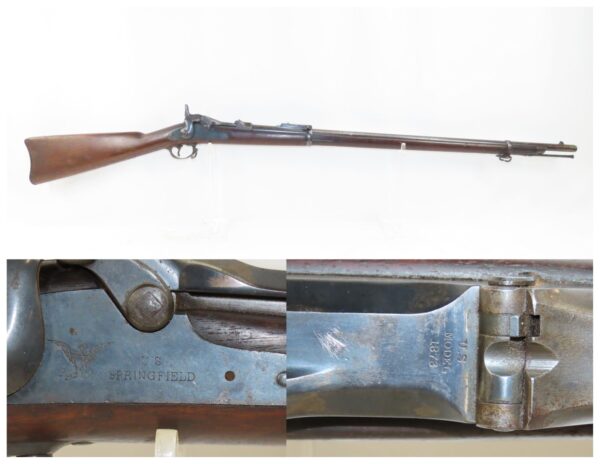 Here we present an antique U.S. Springfield Model 1884 Trapdoor Rifle, made by the Springfield Armory. This rifle was manufactured in 1886, in the waning days of the Indian Wars and four years before the Wounded Knee massacre. After the Civil War, the War Department wanted a breech-loading rifle. To be specific, it wanted a breech-loading rifle that would chamber a self-primed, metallic cartridge.

The overall condition is good. Original patina. Strong action. Bright bore. Solid stock with an average amount of wear, minor scuff, and dings. Sharp markings throughout. “1873” dated. This example is “us” marked. No visible cartouches.