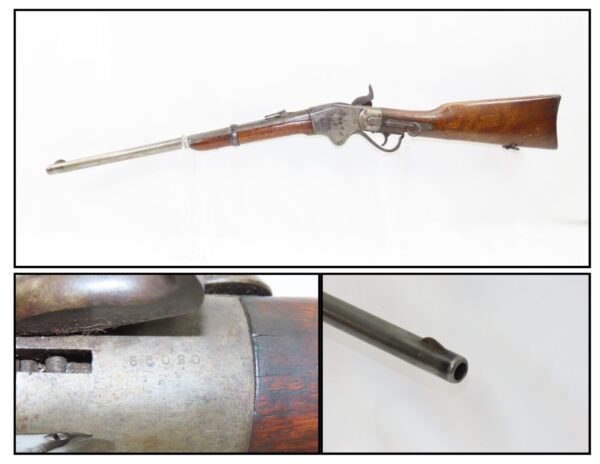 This piece has been modified during the period of use. The breechblock mechanism has been converted in a primitive way to centerfire. The bore has been bored out to .52 caliber. The muzzle shows that it was turned down a bit and you can see the original sleeve from the first conversion (from the original .52 caliber to .50 caliber). The Stabler cutoff (also from the time of the initial conversion) has been eliminated. The cartridge guide has been removed as well. The barrel band is from a musket and fits a bit loosely.

The overall condition is good. Strong action. The barrel has been smooth bored. The walnut stock is solid. An interesting Spencer from the 1860s!