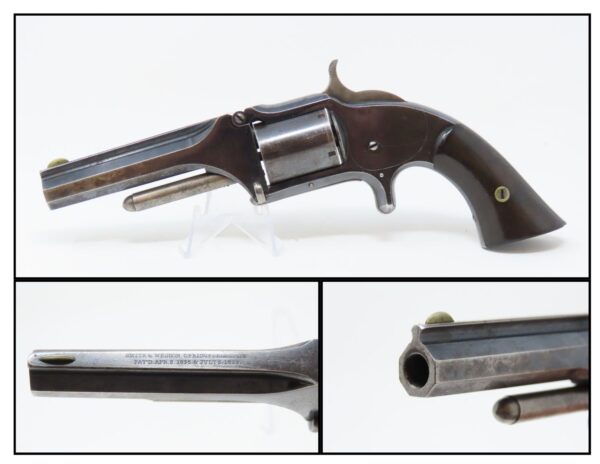 The overall condition is fine! Original blue has been preserved. Strong action all around with a slight wiggle at the hinge. Bright bore with spots of pitting. Both grips sit firmly with minimal wear. Here is a very nice S&W revolver from the glory days of the Old West!